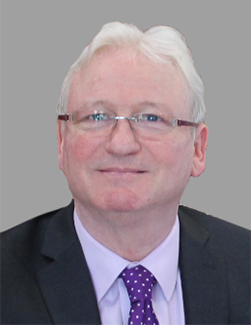 Gulf Drilling International (“GDI”), a subsidiary of Gulf International Services (“GIS” or; QE: GISS), has announced that the current Chief Executive Officer (CEO), Mr. William Ceppi, who has been in the CEO role since 6 December 2018, will be departing GDI by the end of his contract on 5th December 2021. Mr. Mark Steven Gibson, GDI’s current Chief Operating Officer (COO), will be appointed as interim CEO effective from 6th December 2021.

Mr. Mark Steven Gibson has a strong track record of safe and efficient operations, and will bring a worldwide contract drilling experience to his new role.

The Chairman of the Board of Directors of GDI, Mr. Saad Rashid Al-Muhannadi, said, “I appreciated Mr. Ceppi’s valuable contributions during the tenure of his service with GDI” and extended his thanks.
Mr. Al-Muhannadi, on behalf of the GDI Board of Directors, extended his best wishes to Mr. Gibson in the CEO role, wishing him all successes during the forthcoming interim period.